There are so many marijuana laws changing. Every day states are discussing more and more about the support of legalizing marijuana, especially related to drug testing in the workplace. Some states have fully legalized marijuana while other states have only legalized it medicinally. Do you know if your state allows employers to drug test for marijuana? Below is more information on the most lenient and most strict marijuana laws, state by state.

Employee Drug-Testing: 5 Legal Considerations You Should Know About.

Whether you are an individual athlete, the manager of a sports organization, high school sports director, or coach of a team, you may require athletic drug testing at some point. Drug and alcohol testing is not only important in ensuring fair play, but it can also be a critical element of allowing a specific player to compete, especially for high school and college-aged student-athletes.


Bruen Medical Partners offers comprehensive drug and alcohol testing for athletes. We strive to provide the fastest, most accurate results available and can even help you design and implement a random drug testing program for your team. We offer a full range of drug and alcohol testing methods to suit your specific needs, and we work hard to ensure your complete comfort throughout the process.


We regularly assist athletes, coaches, schools, sports directors, and others with routine drug and alcohol testing, as well as testing for banned substances like steroids. Our certified collectors have years of experience conducting a wide variety of tests specifically geared towards athletes. 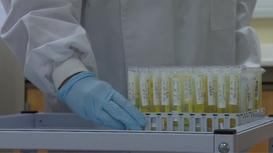 Whether your small business already has an employee drug-testing policy or it is considering adopting one, first know this: The National Drug-Free Workplace Alliance says small businesses bear the greatest burden of substance abusers. Why? Drug users don’t apply to jobs at large companies, which traditionally have established, companywide policies regarding drug use—instead, they may seek employment at small companies with fewer resources (and motivation) to perform tests.

If you’re thinking about drug-testing your employees, here are five legal considerations:

1. If you test one, you should probably test all.

The law does not explicitly say businesses that drug-test must test all their employees. Yet if you don’t, you open up your business to a host of anti-discrimination lawsuits, says Jesse Berger, CEO of Navicus, a Boca Raton, Fla. company that provides third-party drug testing for businesses. Say, for instance, you test only employees you suspect of using drugs—someone might construe this as singling out certain people based on income level, race, gender or other protected status.

2.If you receive federal funds, drug testing is required.

The Federal Drug-Free Workplace Act requires businesses with $100,000 or more in federal contracts to test all of their employees for drug use. This also applies to businesses that receive federal grants.

3. In order to test job applicants, you may be required to first offer employment.

If your business employs 15 or more people, it must follow the Americans With Disabilities Act, which makes it illegal for any employer to test a job applicant without first making a conditional offer of employment. So, it’s OK to test applicants—but only the ones who have a contingent offer on the table.

Don’t try to get a specimen sample from an employee or job applicant without his or her consent—this is unlawful. (So don’t pick up a stray hair from his or her desk to send to a lab.)

Each state has its own set of rules and regulations regarding employee drug-testing. In Illinois and Virginia, for example, businesses cannot require employees or job applicants to pay for testing themselves. For drug laws specific to your state, see the U.S. Department of Labor’s map. Each state also has its own Drug-Free Workplace program—if you follow the rules and requirements outlined in these programs, you’re afforded certain protections. Tennessee’s program, for example, protects participants from lawsuits surrounding the discharge or discipline of an employee when that employee has violated the drug-free policy.

WASHINGTON, Dec. 13, 2013 – The Defense Department has expanded its zero tolerance for the use of illicit drugs to include synthetic marijuana, also known as “spice,” the director of DOD’s drug testing and program policy said here today.

In an interview with American Forces Press Service and the Pentagon Channel, Army Lt. Col. Tom Martin said that in addition to the broad range of drugs for which the military already randomly tests service members, synthetic marijuana will also be included.

Infographic by US Drug Test Centers

Thank you for contacting us! If needed, you will hear back within 48-72 hours.

Do you need a drug test right now? You can get a same day drug test now.

3. Receive the results in your email


This is the same testing employers use when drug screening applicants and employees. We can also send results to a company or employer direct from our system.

Hair testing for drugs of abuse is the only drug-testing method available that provides up to a 90-day drug use history. This makes hair testing an ideal solution for pre-employment and random testing protocols. Using FDA-cleared testing reagents, this lab-based test offers the advantages of easy specimen collection and highly accurate results that meet the same reference standards as urine testing. In addition, there are no known methods for sample adulteration (hair washing will not dilute the sample). Because specimen collection can be directly observed, the risk of adulteration is even further reduced.

Q: Why should a company conduct drug testing?

A: There are millions of drug abusers in the United States

According to the 2001 National Household Survey on Drug Abuse (NHSDA) approximately:

15.9 million Americans aged 12 or older admit to current (in the last 30 days) illicit drug use;

36.0 million Americans aged 12 and older admit to abusing prescription drugs in their lifetime;

12.9 million Americans aged 12 and older and 12.4 million adults admit to "heavy" drinking (5 or more drinks on at least 5 or more occasions in the past month); and

2.1 million Americans 12-20 years of age admit to being heavy drinkers.

A: The Vast Majority of Adult Drug Users are Employed

According to the government's annual Household Survey on Drug Abuse in America, more than three-quarters (76.4%) of all illicit drug users 18 and older are employed full or part-time… that's approximately 16% of the working population (full- and part-time workers combined).

A: Drug Users Are Not the Best Employees

The federal government reported that drug-abusing employees when compared to non-using workers, are:

More likely to be late or absent from work

More likely to be involved in a workplace accident; and

A: Drug Users are Unsafe Workers

Furthermore, the National Safety Council reports that 80 percent of those injured in "serious" drug-related accidents at work are not the drug-abusing employees, but non-using co-workers and others.

A: Drug Users are Very Costly to Employ

Q: How much does drug abuse cost employers?

The U.S. Navy estimates each drug user costs his or her employer an average of $6,600 annually more than non-substance abusing co-workers.


A survey of business executives underscored the benefits of drug testing from a company's perspective. For example, 77 percent of the respondents said that since implementing drug testing they were seeing a better caliber of job applicants. A "better public image" was cited by 58 percent, while 56 percent said they were experiencing fewer workplace drug problems. Also noteworthy was that 54 percent had noticed an improvement in employee morale.

A: According to Drug Users, Drug Testing Works

The U.S. Navy claims that its drug-free workplace program, which includes random drug testing and costs approximately $20 million a year, has reduced the number of sailors who use drugs and abuse alcohol by more than 57 percent. That equates to a savings of more than $210 million every year. In other words, the Navy claims it realizes a savings of approximately $10 for every dollar it spends on drug testing. 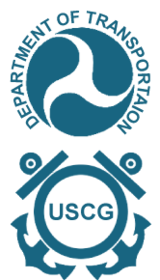